Idaho is a beautiful land that offers dramatic natural features. Idaho comes with swirling white rapids, towering, snow-capped mountains, deep canyons, and the most peaceful lakes that can easily be ranked among the most beautiful in the world.

Idaho’s Snake River is rushing through impressive Hells Canyon, which is actually deeper than Arizona’s Grand Canyon, and Shoshone Falls, located on the Snake River, is actually higher than New York’s Niagara Falls.

Idaho is world-famous for its potatoes, and the state holds unique and vast mineral resources and impressive forest reserves. Idaho’s residents believe, or know, that they are living in a state that offers unmatched harmony and serenity. And they are right.

– Idaho’s tiny Malad River is among the world’s shortest rivers.
– The nation’s largest prehistoric piece of artwork near Nampa.
– Hells Canyon is America’s deepest gorge.
– The state has the largest stands of white pine in the world.
– Idaho holds the largest phosphate reserves in the world.
– America’s first in the production of silver.
– Idaho produces over 65% of America’s processed potatoes.

The exploration of the Meriwether Lewis & William Clark expedition was providing the first records of the area that is now Idaho as the group of explorers were visiting the area on their way west in 1805. On their way back, in 1806, they had to wait for the snow to melt, so they continued to establish contact with the local Indian tribes and healed many ill tribe members.

In 1809, British-Canadian explorer David Thompson founded the first trading post on Pend Oreille Lake, that he named Kullyspell House. Thompson was a fur trader, map-maker, and surveyor, and all through his life, he mapped almost 2 million square miles of North America, and some regard him as the ‘greatest land geographer ever’.

In the year 1810, Andrew Henry was building Fort Henry, which was the Pacific Northwest’s first American-based trading post, but it wasn’t so long before Fort Henry was abandoned.

Over the years 1818-19, Donald Mackenzie set up the Idaho fur trade, and he started what was to become a great annual fur rendezvous, a sort of state fair that attracted some of the most notorious individuals of those days and became the rowdiest gatherings of the West. Mackenzie was Scottish-born but had emigrated to Canada in 1800. He was both engaged in the North West Company, and the Pacific Fur Company.

In 1834, Fort Hall was built on the Snake (by Nathaniel Wyeth), but two years later, it got sold to John McLaughlin, Hudson Bay Company’s boss in the region. In that same year, the first missionaries also arrived to the area, and the Reverend Jason Lee held Christian services at Fort Hall for the first time in the area. Together with Mrs. Spalding, he founded Lapwai Mission in 1836, in the area of the Nez Perce Indians near Lewiston, and he continued to serve his Indian congregation till he died in 1874.

In the mid-1840s, many settlers came to the region across the Oregon Trail on their ventures West, but a great deal of these settlers decided to stay and settled in Idaho. In early 1849, the stream of settles has grown much bigger and tens of thousands crossed the area on their journeys to gold in California. In the year 1855, the Indian wars were ended as the Indian tribes had agreed to move on to other parts of the state.

The settlement of Franklin, established in 1860 by the Mormons, was actually the first European-styled town in the area of Idaho. In that same year, gold was discovered in the region, and the subsequent boom led to the foundation of a town named for E. D. Pierce, a true pioneer gold prospector.

The long-standing friendship between white people and the Nez Perce Indians ended on June 17th, 1877, at the ‘Battle of White Bird Canyon’. In this battle, some 35% of the government forces lost their lives, and later the Nez Perce, led by great Chief Joseph, were forced brutally from their ancestral lands. The defeat of the Sheepeater Indian tribe (in 1879) meant that the Indian wars had ended in Idaho.

During the 1870s, very rich gold strikes occurred in Idaho, leading to great fortunes and often leading to immense troubles, and in 1883, an even greater reserve of lead, silver, and zinc was found in the area around present-day Coeur d’Alene. In 1890, on July 3rd, Idaho was allowed into the Union to become a U.S. state.

In 1899, there was a bitter miners’ strike, and the Governor at that time, Frank Steunenberg, got killed in a big bomb explosion in December of 1905. His assassination and subsequent murder trial gained a lot of international attention. In 1924, the national monument ‘Craters of the Moon’ was finally established, and the  Sun Valley development started in 1936.

At the time of World War II, Farragut Park, the naval training base, was one of the nation’s most important training centers, and in 1951, the first usable nuclear electricity was generated at the National Reactor Testing Station in Idaho, and the first fatal atomic accident in the world happened also here in 1961, on January 3rd, after a control rod was manually removed.

The Teton Dam collapse of June 1976 was causing a lot of property damage, especially to the cattle sector. Also noteworthy is the year 1985, when a grasshopper infestation devastated most of the state’s farmlands. 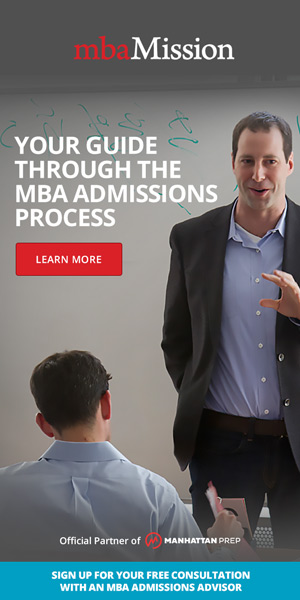